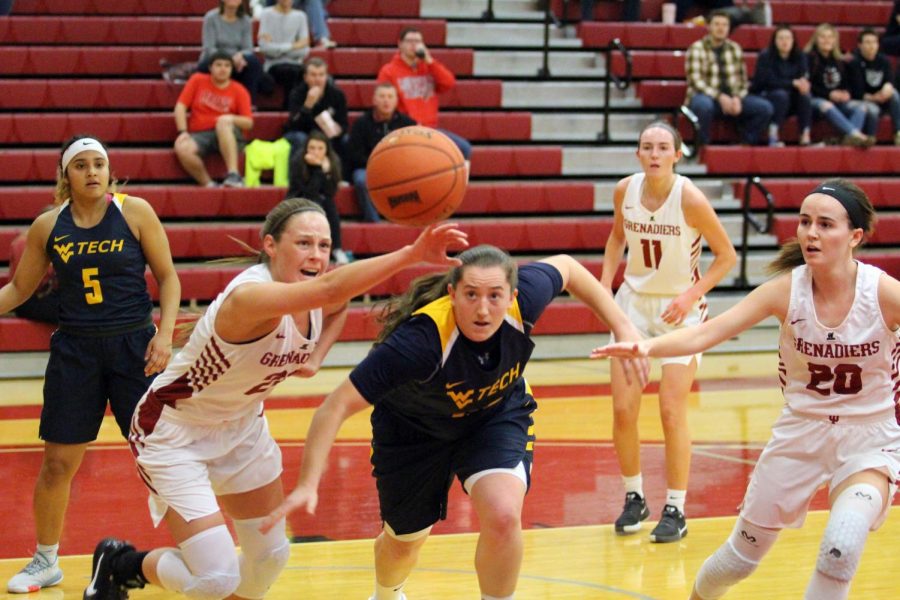 The new year is viewed as an opportunity to get started on the right foot, but that was not the case for the IU Southeast women’s basketball team. The Grenadiers saw an 82-75 loss to River States Conference rival West Virginia Tech last Thursday.

Despite coming into the contest with the best 3-Point Field Goal Defense in NAIA Division II (0.225), the Golden Bears knocked down 5-10 (50%) from behind the arc in the first half. Along with 11 turnovers in the first 20 minutes, the Grenadiers went into the locker room trailing 46-33.

“We weren’t focused in the first half, we were flat, [WVU] was sharp,” Head Coach Robin Farris said. “[WVU] was on a bus for five hours today so it should be the exact opposite.”

Halftime revitalized the Grenadiers as they closed the gap with a 17-9 run in the third quarter, with seniors Madi Woods and Hannah Coleman, as well as junior Josie Woods, combining for 15 of those points. The run resulted in a more manageable 60-54 Golden Bears lead heading into the final period.

Despite their third-quarter surge, the Grenadiers could not complete the comeback in the fourth, as missed shots and turnovers in the final minutes ultimately sealed the victory for the Golden Bears.

When asked about the main contributions to the loss, Farris referred back to the Grenadiers’ performance in the first half, where they shot 41.4 percent from the field as opposed to WVU’s 61.3 percent.

“You get so far behind and you have to fight hard to get back,” Farris said, “We don’t guard well and let teams shoot fifty-two, fifty-three percent. It was just failing to be ready to play in the first half.”

Coleman and Natalie Fichter led the way for the Grenadiers with 19 points each, while Lauren Lambdin chipped in 12. The Golden Bears had five players score in double figures, led by ShanEttine Butler’s 18.