Student organization seeks to create safe, diverse place for all students on campus 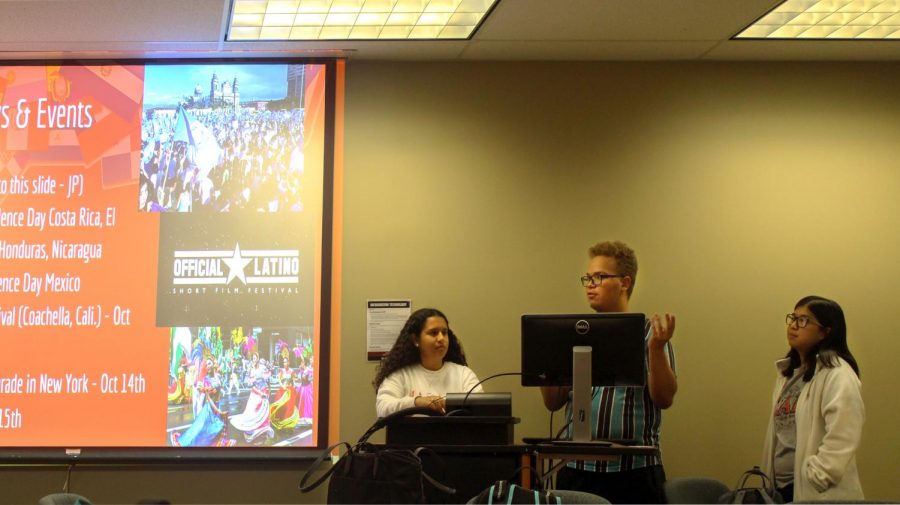 Page four of the Registered Student Organization Handbook emphasizes a Diversity Statement, prohibiting each organization from discrimination of any kind. Several student organizations, including the Multicultural Student Union (MSU), make diversity a core value.
The MSU plays a large role in advocacy at IU Southeast and can be seen as the main voice for the multicultural students on campus, according to Dean of Campus Life Seuth Chaleunphonh. Starting the conversation on social issues is one of the main responsibilities within this student organization.
Chaleunphonh said, as a campus, IU Southeast must have the conversation about helping these different groups succeed and navigate different majors and career paths.
For those involved, the MSU is not only a support system, but a place where they feel they belong. This is one of many reasons President Leslie Venzor got involved with the organization’s leadership.
“To have a sense of belonging is really the most important thing for me,” Venzor said. “Since IUS is not very diverse it’s just a nice way to have people have a space where they can feel like they belong.”
Defending Diversity
Venzor said the group’s main strengths are education, diversity and acceptance.
While IU Southeast may not have a largely diverse demographic according to recent census numbers, the MSU’s mission, according to Vice President Ashley Lopez, is to create a space for multicultural students and help them find a group that accepts and supports them.
“It’s a small group, but it’s a really strong sense of community in the sense of knowing that people aren’t going to judge you for your differences but celebrate you for them,” Lopez said.
Each month the organization focuses on one theme in order to bring awareness. This month, they celebrated National Hispanic Heritage Month through Oct. 15.
Without the voice of the MSU, these groups are often left marginalized. Having the organization on campus allows students from underrepresented groups to have a place to turn when they have questions.
“Usually when you’re in an underrepresented group you sometimes have a natural heart to make sure other people coming in who are underrepresented can find a place to belong very quickly or find a touch point just so you can get your questions answered,” Chaleunphonh said.
What’s Next?
The Multicultural Student Union will be participating in the Indiana Latinx Leadership Conference, which will host students and community leaders from around the state. Anyone is welcome to attend, and for that reason, Chaleunphonh said it is really the MSU’s chance to be visible.
“I think the Multicultural Student Union is going to be a viable player in the Indiana Latinx Leadership Conference,” he said.
Lopez, who will be co-chair for the event in January, said hosting it will be huge for IU Southeast.
“[This is] a huge step by the university toward making a more diverse and accepting safe campus for Multicultural students,” she said.
When it comes to diversity and inclusion on campus, Lopez feels IU Southeast could do better, but they are taking steps in the right direction. This takes time, especially since the faculty and student body are not very diverse at the moment, as Venzor mentioned.
“I definitely think there is [room for] improvement from all of us on the campus to better serve different students, but some of that is kind of a growing process,” Chaleunphonh said.
Chleunphonh mentioned how we often celebrate certain cultures during one month out of the year, but the discussion ends there. The MSU is not only the start of a larger discussion, but it also helps the campus look at situations through multiple viewpoints.
“Right now they’re a social club and I think they can participate in these dialogues, civic engagement, and advocate for themselves and new people,” he said.
With new events happening soon and more on the horizon, the campus is working to change this mindset. The MSU coordinated with IU Southeast to implement a Multicultural Student Graduation for the first time last year.
“That’s a potential that brings a richer experience for a student,” he said.
In the long run, Chaleunphonh hopes to see more programming and scholarship opportunities for multicultural students on campus. In the future, he hopes the organization will bring back alumni to show them it is still thriving.
Ultimately, he hopes that their involvement in the organization will not cease after graduation, but continue at the local level. The organization is still growing and finding its place on campus, but Chaleunphonh has high hopes.
“As they grow, part of their involvement should be some local organizations that can support people from various backgrounds.”