Hockman is now the 27th IUS women's basketball player to reach the milestone. 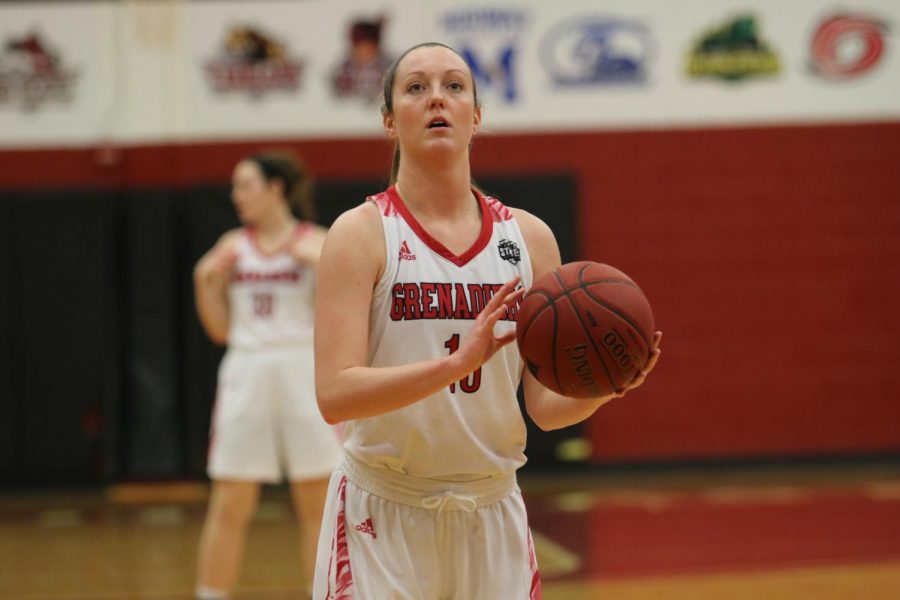 Hockman lines up a pair of free throws from the Grenadiers game against Brescia Univeristy. Photo by Tamar Kelly

IU Southeast senior Josie Hockman is familiar with shooting her shot. Hockman has had a successful season hitting her 1000 points college career goal during the Grenadiers game against Asbury University earlier this month.

“It felt good, it was a goal I wanted to reach being so close I figured I might as well set some standards for myself,” Hockman said.

Hockman has two more games left for the season and described her experience as bittersweet. She said she has always loved the game of basketball, and has been playing since she was three years old, but is also ready to kiss college goodbye and start her career in Tampa, FL.

Hockman is studying criminal justice and psychology. When Hockman graduates she plans to work with domestic violence victims

“Just keep working hard, and pushing yourself, don’t take practice for granted, and just keep pushing yourself because once you’re there it’s a great feeling,” Hockman said.

According to Hockman, preparing for college basketball was something that seemed impossible. The highschool skill level isn’t as high, but had she known then what she knows now, she said she would have pushed harder in high school. Hockman graduated from Holy Cross in Louisville and said she enjoyed growing up playing the sport she loved surrounded by friends. Balancing a sport and going to college full time isn’t easy, but Hockman is optimistic.

“Basketball motivated me to be a better student because of course you want to play with your friends, and here at IUS they encourage you to do good and they reward you to do good, and every day they tell you this is real life. So I would say basketball has helped me with my education,” Hockman said.

Coach Robin Farris was surprised about Hockman’s leadership this past year and said that she’s grown to become more consistent. To celebrate her 1000 points she was given the game ball on senior night. According to Farris, Hockman has had a positive impact on her team following her positive leadership skills, and she has also become a more consistent scorer and rebounder, helping her team be more successful.

“We had some games where we’ve been able to come back from 10-15 points down to win a few games so those are good memories. I want to be remembered [by Hockman] as a coach that tried to develop and get the best out of her to reach her potential,” Farris said.