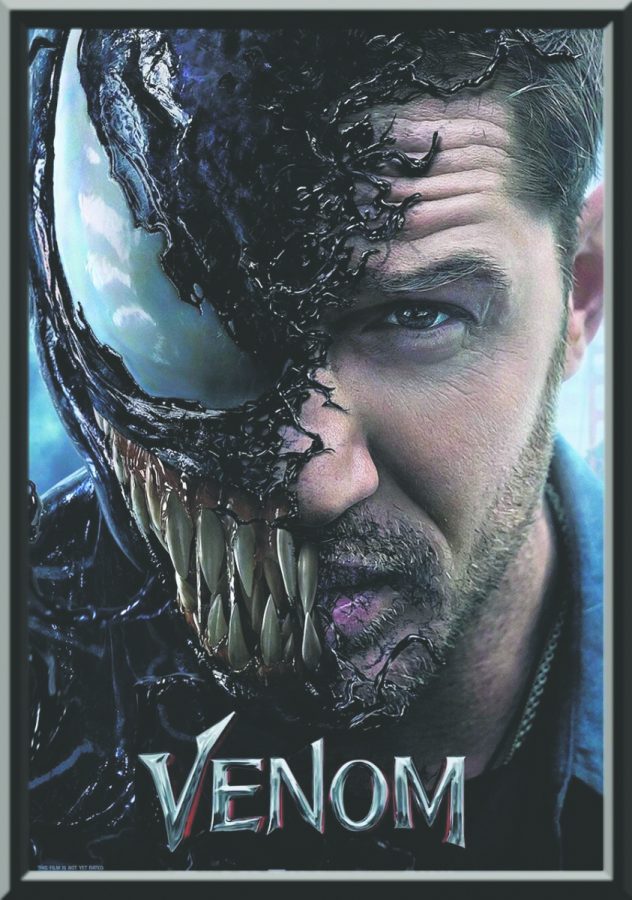 The plot was subpar at best. It seemed to be just another superhero origin story plagued with generic action movie problems. The action scenes were overstimulating and split into millions of jumpy cuts.

There was little explanation for character developments and the plot could barely stand on its own without support from extraterrestrial powers.

The first act is slow and goes on for too long, while the reason for the finale is barely explained at all.

The action scenes were slightly interesting, and the use of Venom’s unique powers shined through, even if they were mostly a darkly-lit, muddled mess.

There was also the inevitable car chase that I felt dragged on for too long.

I do have to say, Tom Hardy did an excellent job portraying the character of Eddie Brock. He captured the conflict within the character perfectly. Having him play both the voice of Venom and his human counterpart helped immensely.

The offbeat humor between the symbiotic relationship was endearing, if not corny. However, it was tolerable. The clash between an alien bent on destruction and a man who is just trying to survive without racking up murder charges works well.

The rest of the cast was less impressive. Riz Ahmed plays the evil corporate CEO Carlton Drake, who is willing to do anything to achieve his goals. He plays his part, but nothing sets him apart from the hundreds of actors that have played similar roles in other movies.

The love interest, played by Michelle Williams, was underused. She was only there for Brock to have something to care about.

Despite its obvious flaws, Venom was still an enjoyable watch. The main disappointment wasn’t from the overstimulating action scenes, or a subpar plot, but from how much potential there was for this to be something greater. Unfortunately, all we were given was a taste for something better.