1,019 degrees were earned at the 48th IUS Commencement ceremony. 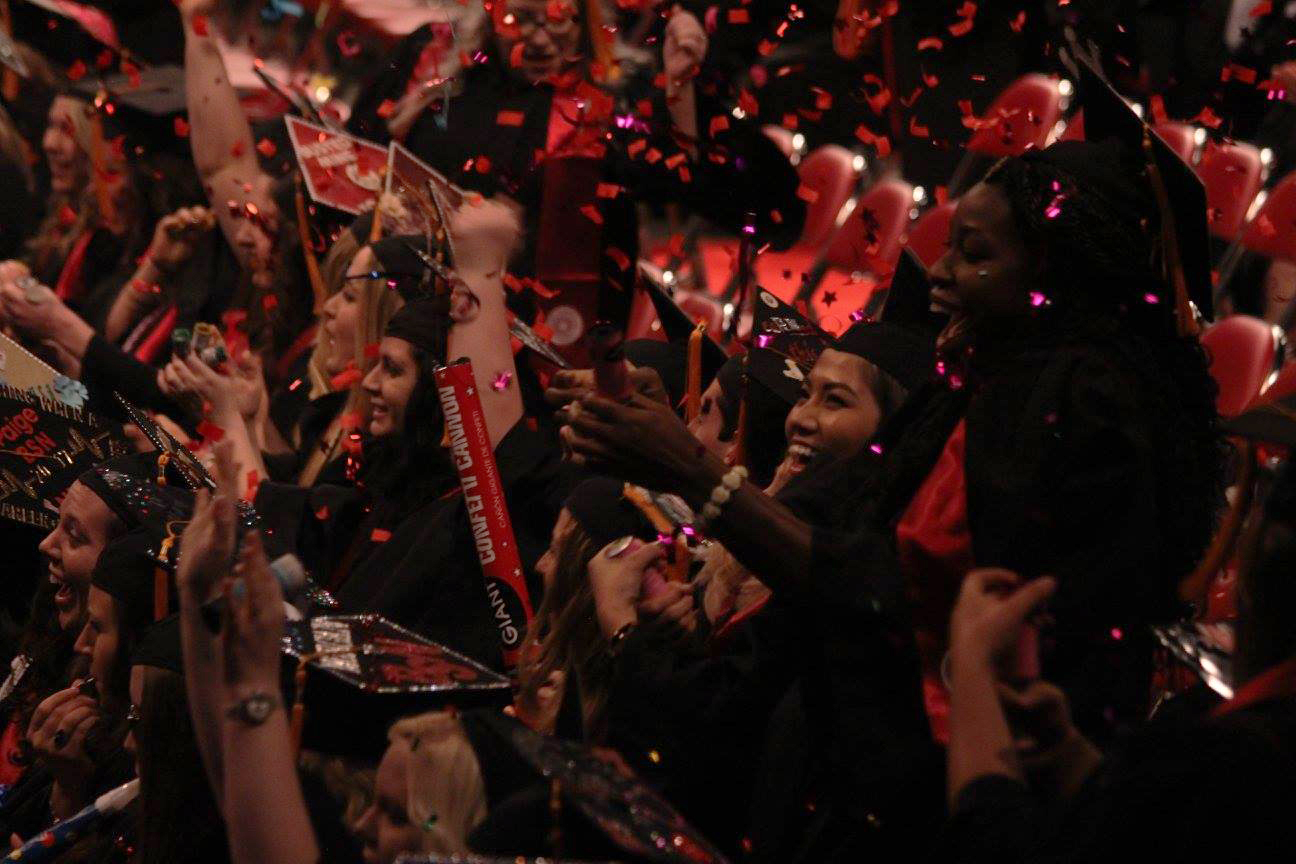 Graduates celebrate after receiving their diplomas in Freedom Hall on Monday night.

On Monday, May 8, the Class of 2017 graduated from Indiana University Southeast. Nine-hundred and ninety-three graduates earned 906 bachelor’s degrees, 99 master’s degrees and 14 associate’s degrees.

Blackwell said her favorite thing about IU Southeast is its size and her relationship with her professors.

“I felt like they actually cared about me,” Blackwell said.

Hayden Casey received a bachelor’s degree in education and said he believes the connections he made at IU Southeast are valuable.

“The relationships I’ve made here are one of the most important things I’ve gotten out of my degree,” Casey said. “I’ve had great professors who said their inbox was never too full and they always had time for me.”

Casey said he’s been hired by the Christian Academy of Indiana, where he will begin teaching high school English in the fall.

36 percent of the Class of 2017 became the first in their families to obtain an undergraduate degree. Among that group is Tyler Bahan, who said since neither of his parents attended college, he considers graduating an achievement.

“Today is such an accomplishment,” Bahan said. “I expected to graduate in four years, I finished in six years instead due to financial issues, so this ceremony means a lot.”

Bahan is one of many IUS alumni who plan on attending more classes after they graduate.

“After graduation I will be taking a gap year traveling to Ireland, the Netherlands, Belgium and Germany,” Stucky said. “When I get back I want to attend law school; the University of Louisville is my first choice.”

According to a 2014 study from the Institute for Women’s Policy Research, 4.8 million college students were parents of dependent children in 2011, which is about 26 percent of all college graduates.

Graduate Jacklyn Renee Reid-Warren said, “this day means 10 years of hard work. I did this to show my children success and to show them they need to go to college.”