Let me lobby for my hobby: Baking 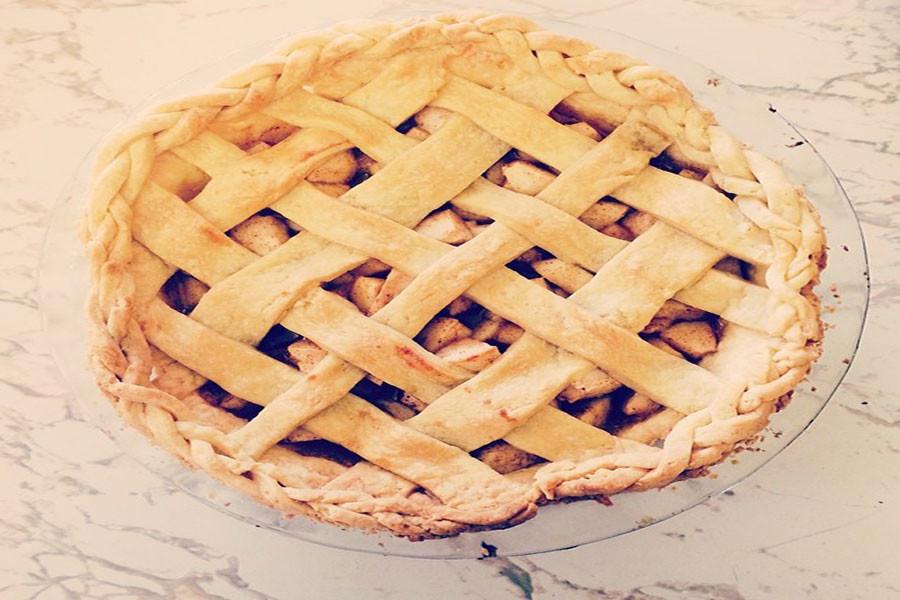 Baking has always come naturally to me.

I think it was a result of all those years I spent sitting on an old bar stool peaking over my grandma’s shoulder as she cooked anything from green beans to pineapple upside down cake.

Her specialty however, was pie.

Without even walking into the kitchen I could tell instantaneously if Grandma was making a pie just from the look on my grandpa’s face; pure glee, especially if it was apple.

When it came to making apple pie my grandparents and I were a team. Grandpa would peal the apples, I would cut them and Grandma would make the dough.

Her pie dough was what made her pies extra-ordinary; light and flakey and just savory enough to balance the sweet succulent fruit or nut mixture that it would be baked into.

As a kid I would incessantly ask to help with the pie dough, because what kid doesn’t love a goopy, play dough like mess? But Grandma’s answer was always the same, “maybe when you’re older.” To which I would hang my head dejectedly and go to the counter and make paste out of flour and water, much to her aggravation.

As I got older she would let me do a little more and then more; until one day I found myself fully capable of making them on my own, though they were never as good as hers. It wasn’t until she passed away that I became a full-fledged pie maker.

I shied away from it at first. I didn’t want to do it without her, I didn’t even know if I could. But then came Thanksgiving.

Thanksgiving was Grandma’s holiday. She gave Betty Crocker a run for her money.

It was going to be our first Thanksgiving without her and I wanted her to be there in some way so I was determined to recreate her signature dish.

I went next door to my grandpa’s house and sifted through the yellowed index cards with decades old recipes scribbled in nearly unreadable cursive.

I found the pie section and got to work. As I opened the bag of flour and sifted some directly onto the table; a wave of nostalgia hit me and it was all encompassing.

I missed her. I wanted her back.

I cursed the cancer that took her, but I also remembered the good times.

The times we played war for hours, the times I broke beans with her while she watched Days of Our Lives, the times she helped me with my homework, the times she tried to make me brush my untamable, unruly, curly hair and the “Our Fathers” we said together before bedtime as we fell asleep to Larry King.

But most of all I remembered how much she loved me. She didn’t profess her love with words, however, but with everyday acts of kindness and of course, pies.

I made nine pies that night. I don’t really remember anything but going through the motions, adding the ingredients, beating the dough, rolling it out, creating the filling and putting it in the oven. But before I knew it, it was midnight and I had been baking for 12 hours.

That Thanksgiving I gained the highest praise I could have ever hoped for. My grandpa bit into my pie and said, “just like grandma’s,” and I haven’t stopped baking since.

While the nostalgia doesn’t hit me quite as hard as that first Thanksgiving. I feel like she’s with me every time I bake. I feel like I’ve continued a legacy.