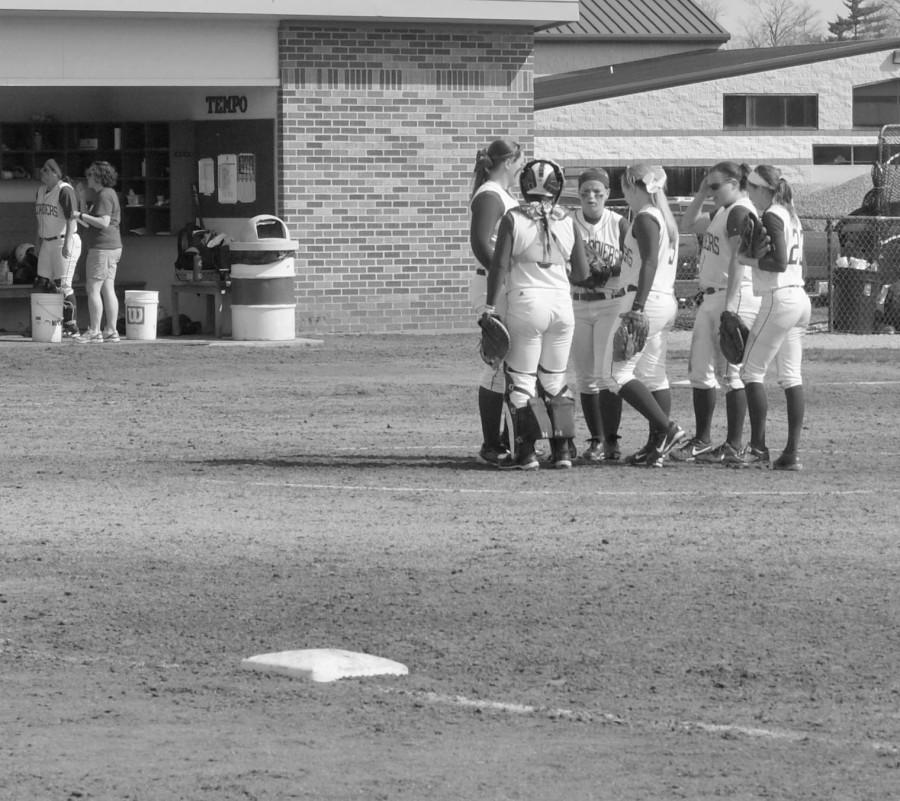 The defending KIAC regular season and tournament champions haven’t disappointed as they approach the midpoint of the season.

The IU Southeast softball team is undefeated in conference play and is 11-1 on the year, and head coach Joe Witten said he is extremely pleased thus far.

“There’s still things that we are working on to improve, but I’m very excited about the season and give them an ‘A’ so far on their energy and effort,” Witten said.

The early success could be attributed in large part to aces Jessica Leanhart, sophomore pitcher, and Caroline Cato, freshman pitcher.

Cato also threw a no-hitter in her first collegiate start on March 17, against Midway College.

“We got two of the best, and we’re proud of them,” Witten said.

On the offensive side of spectrum Katelyn Heines, sophomore second baseman, leads the Grenadiers with two homeruns on the year and has 8 RBI.

The only senior on the team, third baseman Summer Sanders, has had to take a leadership role this season.

“I was a co-captain last year with a senior, but I’ve just tried to fill her shoes,” Sanders said.

“Lone senior comes with a lot of responsibility.”

Although his team has been playing well so far this season, Witten sees some areas that his team can improve on defensively.

“We moved some people in different positions, so they’re not use to playing with someone they’re not familiar with,” Witten said.

Sanders said they need to play to their abilities and not the other teams.

“We’ve got to capitalize on playing to our level and not playing to the other team’s level,” Sanders said.

As for his expectations for the rest of the season, Witten says winning is the main goal.

“Our main goal is to have total intensity daily and win the conference championship,” Witten said. “We just want to play our best everyday with the energy and effort and let the results take care of themselves.”

The Grenadiers play next in a double-header Monday, March 30 starting at 2 p.m. against St. Mary-of-the-Woods. The game is at the Koetter Sports Softball Complex. Admission is free.