Hitting the books: the life of an IUS athlete 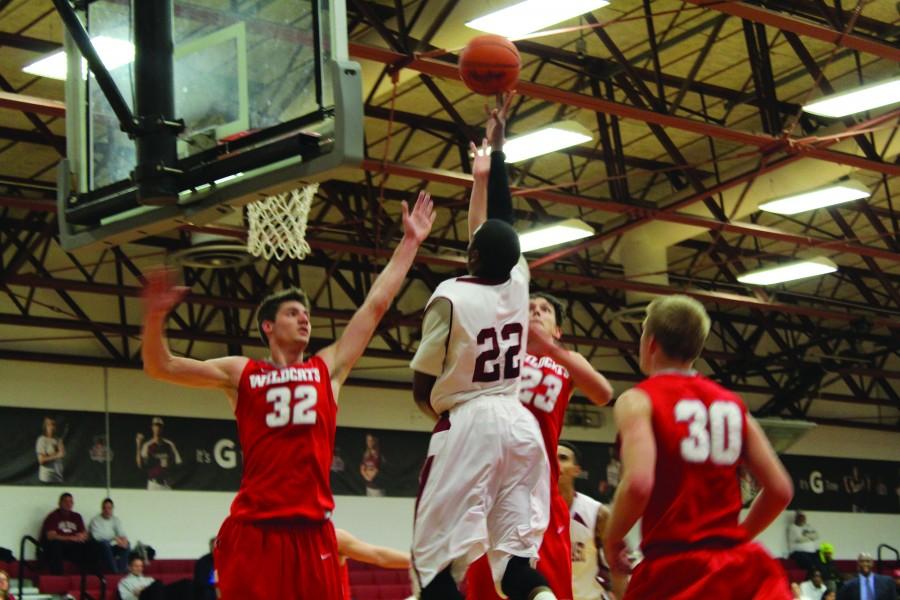 Being able to play sports on a college level is a dream come true for many high school athletes and perhaps a source of envy for many who follow college sports. However, being a student-athlete isn’t always high-fives and homeruns. That may hold even truer for the National Association of Intercollegiate Athletics student-athletes.

The Road to IU Southeast
The decision on where to continue playing sports after high school is a tough one for the student-athlete. It is a life changing decision, and there are many factors that go into making this choice. Something that separates top prospects from the second-, third- and fourth-tier prospects is the guarantee of a full scholarship.
All of IU Southeast athletics belong to the NAIA, which is similar to Division II in terms of the money schools are allowed to spend on athletic scholarships.
NAIA allows each school to award a maximum of $810,000 in athletic scholarships. IU Southeast awarded only $111,000 last year, which was split among all sports programs. Joe Glover, athletic director, said that no IU Southeast athlete receives a full scholarship.
Glover said that the highest amount received by any one player is about $2,000 per semester. That comes out to be about half of the overall tuition. He acknowledged that this can be tough for coaches in the recruiting process.
“They have to look for student-athletes that fit our academic profile just like any other institution, but that also fits us athletically,” said Glover.
Glover said the two biggest advantages IU Southeast has in recruiting are the affordability and the credibility of a degree from IU.
“Even though we give less scholarship dollars, we are still a better option,” said Glover. Some private schools, a student will still have to pay $10,000 to15,000 a year after their scholarship money.”

Put on your Catcher’s Mask and your Thinking Cap
Student-athletes wanting to come to this campus from high school must pass all the academic requirements as any other high school student. That is, they must meet two out of three following requirements. They must have maintained a grade point average of at least 2.0, achieved a minimum of 18 on the ACT, and/or graduated in the top 50 percent of their high school class.
To continue to be eligible for competition, Grenadier athletes must maintain a 2.0 GPA and continue to progress towards a degree, which means they must earn at least 12 credit hours a semester with no repeat courses. That means if they fail a class in one semester they must add another class the following semester on top of the already required 12 credit hours.
According to Glover, on top of these requirements, student-athletes are not given any special treatment when it comes to attendance and assignments or tests. They are not allowed to miss any more classes than a normal student.
He points out that many Division I schools have a fleet of academic advisers and tutors just in the athletic department who reach out on behalf of the student. They talk to the faculty member for the student.
“That’s not what we’re about here. We want the student-athlete to take control of their own situation,” Glover said. “We put a little more on them and expect them to have that communication with their professors, though we are there to assist them if they need us.”

From the Grenadier’s Mouth
Shelby Lucas, nursing sophomore and catcher for the Grenadier softball team, is perhaps one of the more successful student-athletes.
Lucas was a walk-on last year before earning a scholarship for the upcoming year due to her outstanding play last year. Lucas led the team with a .421 batting average, was first in the nation in triples and led the conference in hits. She was named to the National Fast-Pitch Coaches Association All-Region teams, all while maintaining a 4.0 GPA.
Lucas said the challenge of being a student-athlete is managing your time.
“Knowing what comes first as an athlete,” said Lucas. “Obviously we’re in college to get an education, but we’re here as athletes to perform to the best of our abilities.”
She said that Head Coach Joe Witten has encouraged a strategy to keep the team on the right track, academically.
“The goal on our team is, your stuff can’t be turned in a day late,” said Lucas. “If you’re going to miss a class, make sure that you get the assignment in before you miss that class.”
Lucas has a strategy of her own. She described herself as a bit of an “organize freak.” She keeps an agenda with her practices, games, classes, assignments and tests. In addition to being a student-athlete, Lucas is also in a sorority.
“I think a big part of being successful in something like this is being organized,” said Lucas.

IU Southeast Athletes Have a Higher Graduation Rate and GPA?
It’s true. According to a study done by Campus Student Success Action Team, IU Southeast student-athletes are expected to earn a 0.26 higher GPA than non-athletes in their first year, and have a 28.7 percent increase in probability of graduating within six years as opposed to non-athletes.
Also, according to Glover, IU Southeast student-athletes have a combined GPA of 3.0 and combining the previous two semesters, they had 136 members on the honor roll.