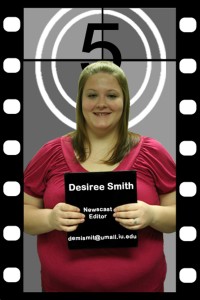 When I think of freedom — a concept  this country holds in high regard — I think of not only basic freedoms, like voting but also the softer, less political freedoms such as loving who I want to love and    having the option to marry that person.

I cannot imagine being unable to legally marry whomever I choose to spend my life with and, as a heterosexual, I don’t have to be in that position. Unfortunately, this unthinkable concept is a reality for same-sex romantic partners in America.

In 1996, former President Bill Clinton signed the Defense of Marriage Act into law. This new law — DOMA — defined marriage as a union between one man and one woman.

How can American citizens to be denied the opportunity to marry and be federally recognized as such simply because they are homosexual?

However, there are several stipulations that make those marriages still unequal when compared to heterosexual marriages.

For example, with the exception of New Mexico and Maryland, same-sex marriages are only recognized in the states in where they are performed.

Same-sex marriages are not even recognized as legal marriages in other states that support them because the amendments operate on a state-by-state basis.

This is blatant inequality in comparison to heterosexual marriages that are federally recognized in any state, regardless of where the marriage was performed.

It doesn’t stop there.

In the event of a same-sex couple deciding to dissolve their marriage, they must reside in the state where their marriage was performed for a minimum of six months.

Therefore, same-sex couples who flock to other states to get married are in a predicament if they decide to divorce.

Other issues with same-sex marriages and partnerships  arise when one is hospitalized and, because in most states marriages are not recognized, their partner is not allowed to be with them.

Consider the story of Charlene Strong, an LGBT activist, who recently spoke at IU Southeast.

Strong’s partner of 10 years was in a tragic accident and, because at that time there were no laws protecting same-sex partnerships in her state, Strong had to seek the permission from her partner’s out-of-state relative to be with her at the hospital.

Then, there is the story of Janice Langbehn and Lisa Pond, a couple from Lacey, Wash. Pond experienced a fatal brain aneurysm during their family’s 2007 vacation.

Although Langbehn was Pond’s partner for 18 years and held the power of attorney for her, the Florida hospital still denied Langbehn and the couple’s four adopted children visitation. As a result, Pond died alone as her family fought for eight hours to be by her side. 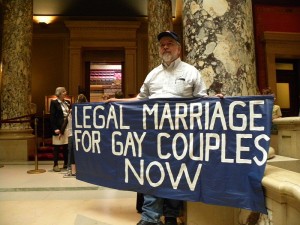 Instances such as these make the problem of marriage inequality hit home. For a loving, committed partner — or even children in the case of Lisa Pond — to be denied seeing a dying loved one is despicable.

This memo allows patients to specifically designate an individual to make medical decisions and choose who is allowed visitation in the event of their hospitalization.

Many lesbian couples choose to conceive via artificial insemination.

Even though the couple may be legally married in one state, if they are not in the state in which their marriage was performed, the marriage will not be recognized and, once the baby is born, the partner who did not give birth must then legally adopt the child.

In the event of the mother dying during childbirth, the surviving partner has only three days to adopt the baby — as if dealing with the loss of a significant other isn’t traumatic enough.

Forget legalities for a moment.

As compassionate humans, I simply cannot see how we can bear for this to go on — for other human beings to have to endure such painful situations.

For tax-paying American citizens to be denied any rights whatsoever is not only unconstitutional, but, for anyone to try to dictate whom someone else marries is absurd.

The moral of the story — acceptance. Today, it is hard to imagine that merely 40 years ago, interracial marriage was not allowed. America has come a long way since that time and needs to follow suit with LGBT marriage.