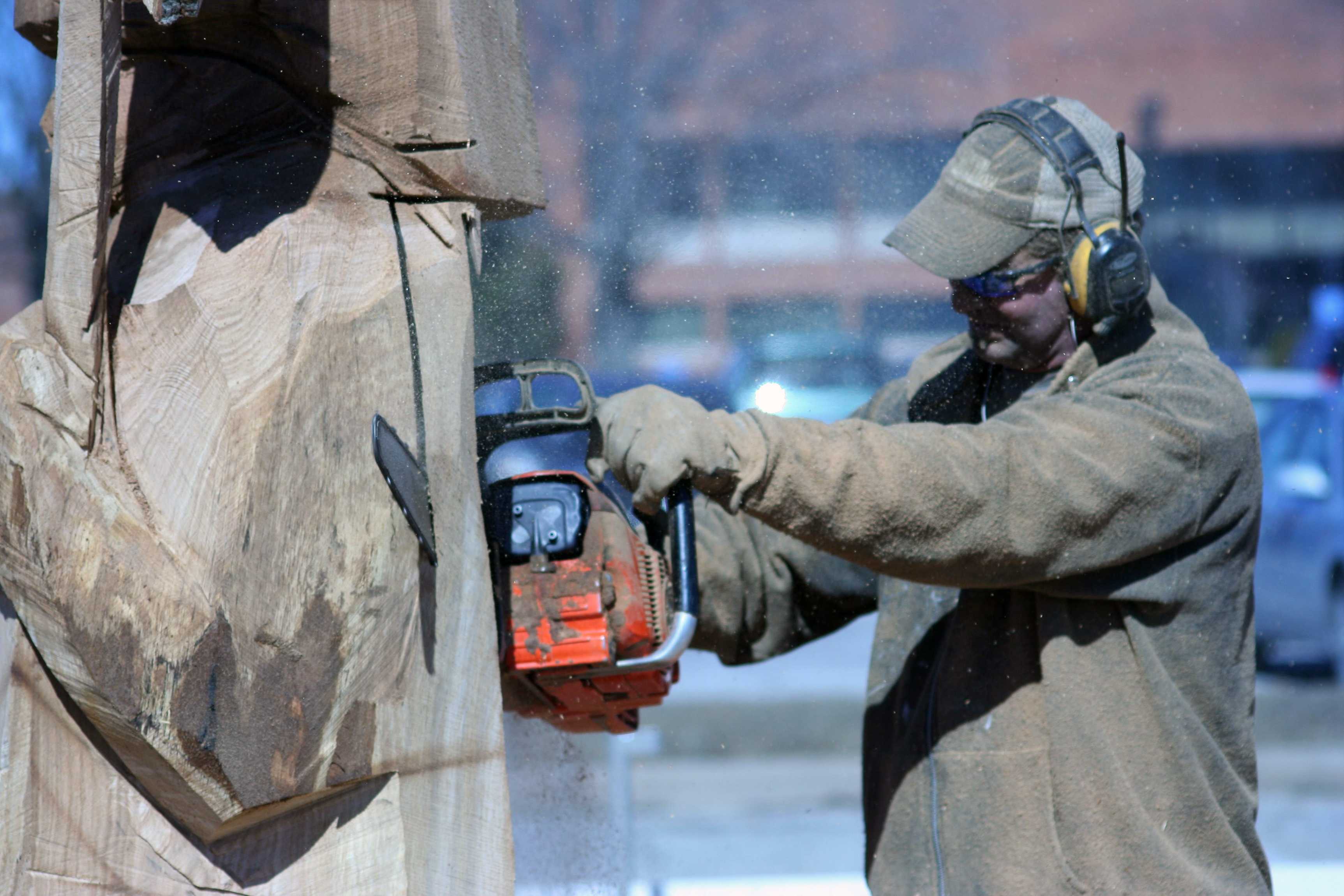 Jason Emmons, wood carver for Bear Hollow Wood Carvers, cuts through a tree to create the Grenadier statue that is now located in the University Center.

The Grenadier has been carved into a wooden statue on campus.

On Feb. 12 and Feb. 13, the Grenadier was carved out of a large piece of an old oak tree that was cut down in the grassy area between the Life Sciences Building and the Central Parking Lot.

“This is the full academic version of the Grenadier,” Chancellor Sandra Patterson-Randles said.

The carving was done by Jason Emmons, wood carver for Bear Hollow Wood Carvers, based in French Lick, Ind.

Emmons is the featured carver of Bear Hollow Wood Carvers and an award-winning sculptor. He is also a member of the Echo Outdoor Power Equipment National Carving Team, and he has competed three times for the Echo Cup.

The carving cost $3,000, which Patterson-Randles said was a good price for a nationally-acclaimed artist. The money came from a budget set aside for campus beautification. One goal of this budget is to find signature art pieces for IU Southeast.

The idea came from Patterson-Randles, who said she wanted to memorialize a 120-year-old white oak tree on campus that was dying and had to be removed.

“The carving is very well-done,” Matthew Shannon, criminal justice sophomore, said. “It captures the true image of our mascot.”

In front of the carving, which is surrounded by metal fencing to keep people from touching it, stands a block of wood saying “From an acorn grew a mighty university.”

Patterson-Randles said this was in reference to how IU Southeast has grown over the years.

Other events for homecoming included Senior Day for the men’s basketball team, door prizes and a tricycle race for scholarship money.

Patterson-Randles said she picked up acorns from the tree in hopes of planting them and growing small oak trees on campus.

The carving was placed in the lobby area of University Center South next to the breezeway and facing the administrative offices.