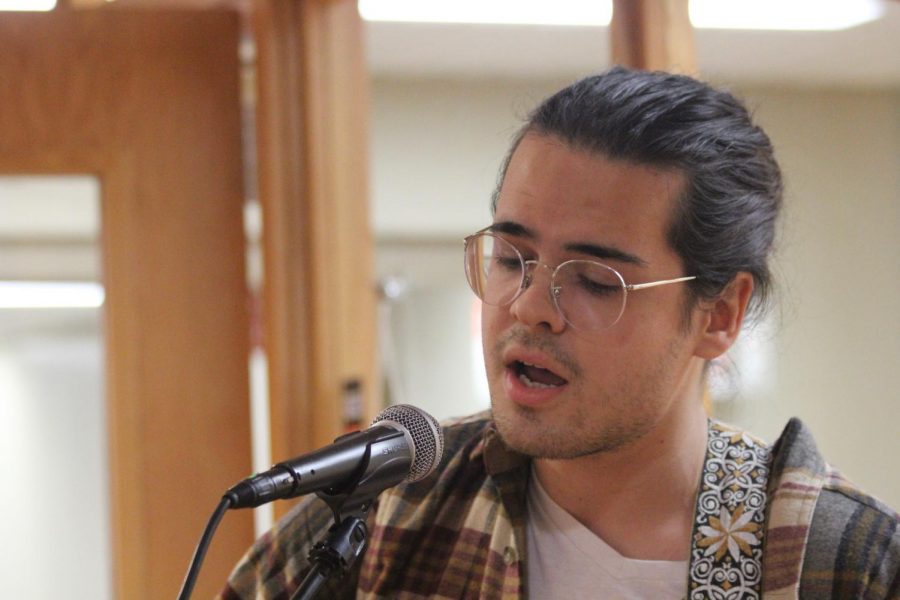 Chris Brown, a secondary education major performed an original song titled You Will. This is his second Open Mic. He has been writing his own songs since high school. He has only recently gained enough confidence to share his music with others.