“Knives Out” is full of twists, turns and terrific visuals 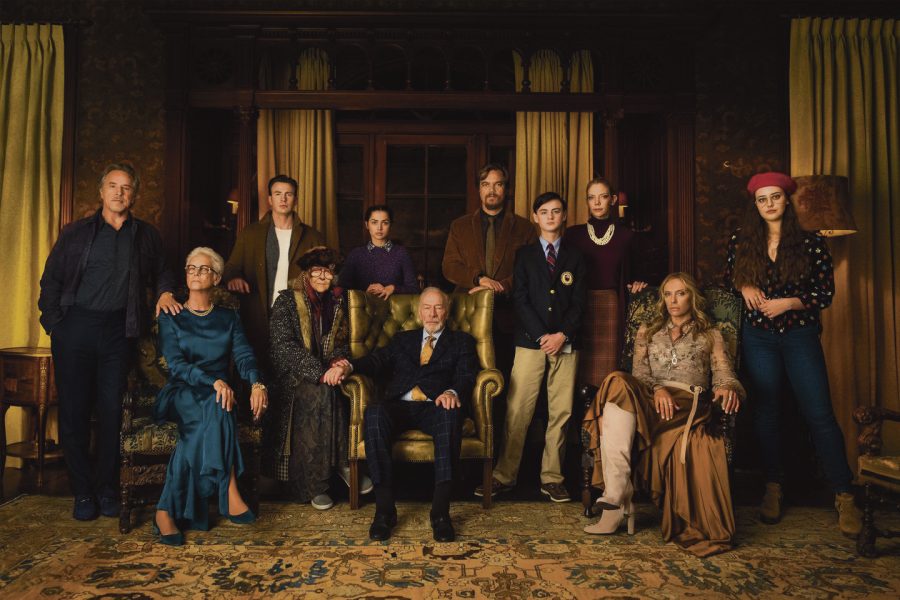 Following the unexpected death of the dysfunctional Thrombey family’s patriarch Harlan Thrombey, an eccentric private investigator comes to the family’s estate to investigate whether Thrombey’s death was a suicide or if it was something much more sinister.

Rian Johnson’s 2019 film “Knives Out” is a much-needed modern and comedic take on the murder mystery and whodunnit genres that audiences will certainly enjoy.

Evans’ character Hugh “Ransom” Drysdale, Harlan’s grandson and the antagonist of the film, was a very interesting character to watch on screen. His distaste towards his family, his rude personality and his ability to charm and deceive were all motivations for Evans’ character.

However, moviegoers with weak stomachs may not enjoy de Armas’ character Marta Cabrera. Her character has an inability to lie without vomiting. While the protagonist’s quirk made the film interesting, a simple sneeze or cough whenever she lied would have sufficed. Other than that, de Armas does a wonderful job of playing the role of a caring and hardworking caretaker to Harlan.
Imagery, Scenery and Cinematography
The imagery and scenery in “Knives Out” is reminiscent of both a Clue board game and the setting of an Agatha Christie novel. Both influences are very evident throughout the film.

Whether it be the Thrombey family estate’s striking resemblance to the Clue mansion or a cutaway shot similar to an Agatha Christie movie, Johnson displays his influences well.

The vintage vibe of the scenery, costumes and props throughout the movie made it stand out from other modern movies. The tweed jackets, sweaters and suspenders very commonly seen in the wardrobe of the male characters gave the movie a cozy feeling.

The film was mainly set on the Thrombey estate, a house that had been lived in for many generations. The decor on the inside of the estate made audiences feel like they had just stepped into a game of Clue.

The cinematography also seemed to include camera filters that may have softened the colors in the shots throughout the film. This made “Knives Out” easy to watch and also included a nostalgic feel to the film.
Topics, Twists and Turns
The twists and turns throughout “Knives Out” keep the audience guessing until the very end. While there may be hints dropped throughout the film as to who caused Harlan’s death, there is always a twist waiting behind the hint. Those twists made the film a very enjoyable watch. When Craig’s character reveals the true cause of Harlan’s death at the end of the film, audiences will be left wondering how they didn’t pick up on the hidden details and conflicts that were seemingly in front of them the whole time.

“Knives Out” deals with some heavy topics, including death, drug use and adultery. However, an unexpected topic that the film deals with is current politics.

Langford’s character, Meg Thrombey, is a liberal arts student who is also a political activist.

Martell’s character, Jacob Thrombey, is described as an “alt-right internet troll.” Both characters debate over current political issues several times throughout the film. The older members of the family are also seen engaging in a very political discussion about immigration.

Overall, “Knives Out” is a must-see film that derives from the typical murder mystery or whodunnit film. The film itself is modern with a vintage twist and it is something that both younger and older generations can enjoy.

Audiences will surely enjoy the antics of the dysfunctional Thrombey family, the stunning imagery throughout the film and the beautifully timed comedic and serious moments.