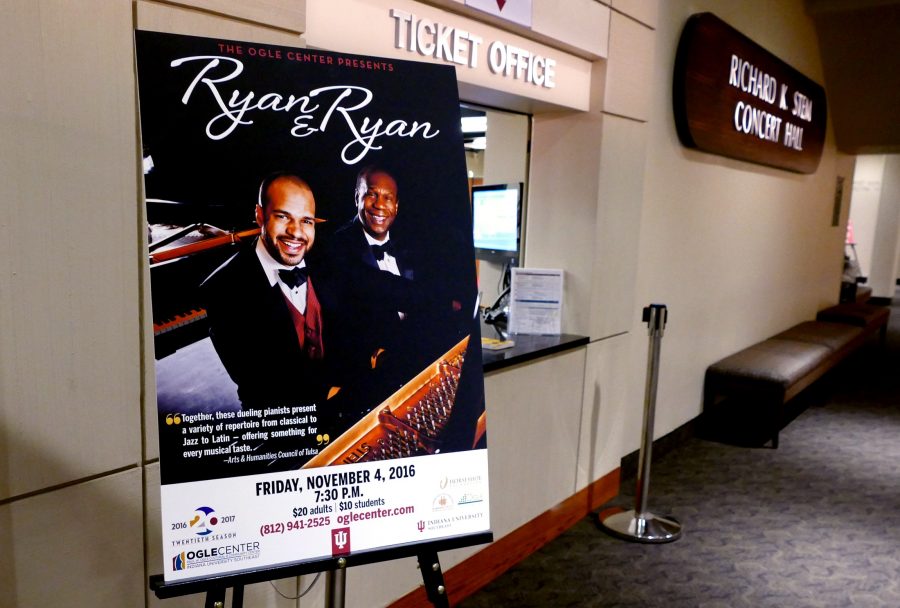 A duel took place in the Ogle Center Friday night – not with swords but with music.

Donald and Barron Ryan, the father and son duo, blend classic and contemporary music to create, as they call it, “Music That Inspires.”

The pair perform music ranging from classically inspired tunes to jazz and ragtime.

Donald, a native of Trinidad, said he came to America to study music. According to the Oklahoma Jazz Hall of Fame, which he was inducted into in 2006, Donald was a recipient of the Madeyska Award at the 1975 9th International Chopin Competition in Warsaw, Poland.

Barron said he grew up inspired by his father’s music and, from the age of four on, followed in his footsteps.

“I would see him playing his own arrangements of new tunes that I already knew,” Barron said. “He would write for himself and I thought, okay I need to do some of this too.”

Barron said they first played together when he was in high school but they didn’t start playing together professionally until after he graduated from the University of Oklahoma in 2009.

Now they play together in their joint Ryan & Ryan piano duo, traveling together to bring “Music That Inspires.”